It's been a bit over a week since the book came out. I've talked to some people about it, and one question—perhaps even a concern, or a mild (or major) disappointment to some is this idea that I don't have contact with those children (now adults) anymore.

Just to set the record straight on that.

Geographically-speaking, I moved away to Toronto the summer after driving the bus. So that put some very real distance between everyone. Secondly, I was 32. Those kids were, well, kids. The bus was in a very real and vital and physical and societal way what facilitated our everyday interaction. I had a job to do. They had school to attend. Wipe those things away and you're left with a 32-year-old man hanging around with children. Which isn't in itself that weird, I never saw it that way, but from a parental perspective it could've been . . . y'know, imagine me showing up at Oliver's house that summer with a ball mitt: "Hey, Missus S, is it cool if Oliver comes out to play catch?" Maybe Missus S would've been fine with it. Maybe Missus S would've had some reservations about her kid's old bus driver wanting to still play and hang out with her 13-year-old. So it wasn't something I ever insisted on or really tried to pursue, honestly. It forecasted to be a bit of an uncomfortable situation, or it held that potential. I mean, would Oliver, as much fun as we had on the bus, really want to hang out with me that summer? What would Joey have thought about that?

I look at that experience as I'm sure a lot of people look at certain times in their lives. I've gone to summer camps. Tree planting. Summer work at at amusement park. The kind of endeavors where people come together and form a union and a unity based on certain factors: they're in the same place, for a common purpose, and spend a lot of time with each other. That forms a fierceness in terms of a bond—or it can. Doesn't always happen that way. But when the summer's over or the trees are all planted, everyone scatters to the four winds. Sometimes you stay in touch, sometimes not. I don't see the people I planted trees with anymore, and haven't for well over a decade; we're not even facebook friends. Same goes for the people I worked with at Marineland. To my mind, however, that doesn't diminish the time we spent together, our experiences, or the memories we all carry forward. Surely everyone reading this has had the same sort of thing in their own lives.

Some readers seem especially dismayed that I'm not in contact with Jake. That is something that I suppose the book's final passages must seem to indicate, based on early reader feedback—if so, that's my fault, because we are still in contact. Via email, other social media. Maybe not as much as we could be, but I don't see the use pushing Jake on that end of things—and in truth I've got a family and obligations, Jake's going to university and continuing to write, so we're busy. Last time I was in his city we went out for dinner. Though it had been years, it was like it ought to be with friends: within minutes those years melted away and it was like old times. The old jokes, the old silliness, the old stories. Jake's doing well. I'm so happy to see that. I plan to hang out with him again the next time I bomb through that town, or if Jake's ever out this way he knows my door's always open.

It's just one of those oversights I guess a writer can be prone to sometimes while writing—I know how it stands between Jake and I nowadays, and perhaps as such didn't get that properly across to the reader. I assumed, for some reason, that it would be clear we're still in contact. That said, I do wish I could see more of Jake. I hope he wishes he could see more of me. Were we closer in a geographical sense, I'd try to make sure that happened. But sometimes something as simple as sheer distance makes it tough to be as close to someone as you once were. 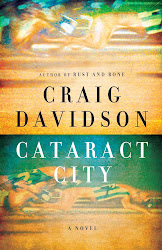 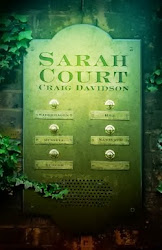